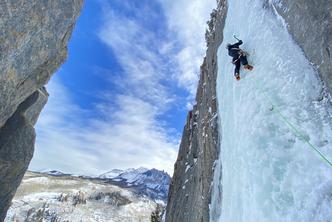 < Back to Books page

Francis Sanzaro (Ph.D.), is the author of books whose genres range from sexuality to technology to athletic theory. His essays, poetry and fiction have appeared in The New York Times, Outside,The Scotsman, Huffington Post, Climbing, Adventure Journal, The Baltimore Post Examiner, Continental Philosophy Review, Vol. 1 Brooklyn, Rock and Ice, among a dozen others. His books are The Infantile Grotesque: Pathology, Sexuality and a Theory of Religion, (2016); The Boulder: A Philosophy for Bouldering (2013); and Society Elsewhere: Why the Gravest Threat to Humanity Will Come From Within (2018).

M.A., Philosophy, University of Denver, 2005. Special Field: Critical and Interpretative Theory, with a focus on the history of Philosophy.

Where to find me:

I’m pretty much always doing one of the above. I was born in Baltimore, Maryland, in 1979, and attended Colorado State University, first majoring in mathematics, then ending up in journalism and poetry. Go figure. In 2001, while in college, I was featured on the cover of Rock and Ice magazine.

After doing some university teaching, I migrated to ed-tech, where I worked as the CLO (Chief Learning Officer) for Wisewire, running a team of learning architects, and creating/consulting on multi-media products for companies as diverse as PBS, Amazon and Discovery, among others.

My philosophical texts—and various essays, op-ed, articles, etc.—could be aptly summed up by a desire to develop an at-large philosophy, one that is free to speak to a wider public and address issues that traditional philosophy cannot address.

The Boulder: A Philosophy for Bouldering, my first book, filled a gap that still exists in my opinion—a rich, textured philosophy of sport, grounded in the body, training, ecology, and cultural theory. As an early gymnast and lifelong climber, this text is informed by a deep knowledge of the history of philosophy layered over a life of high-end athletics. The Boulder is now on its second edition.

The Infantile Grotesque: Pathology, Sexuality and a Theory of Religion, my second text, is an interdisciplinary romp in art history, film studies and psychology...all of which are needed to help explain our culture's ambivalence to the event of reproduction.

Society Elsewhere: Why the Gravest Threat to Humanity Will Come from Within, published in 2018, wonders about the look and feel of our future 'algorithmic culture,' which is, by most accounts, a foregone conclusion. This text addresses head-on how technology is changing the way we think about creativity, culture and the 'intelligence' of our Earth.

Currently, I am working as a consultant and strategic advisor for GearLab. Previously, I was the Editor-in-Chief of Rock and Ice, Ascent and Gym Climber magazines. I live and work in the mountains of Carbondale, Colorado, with my wife and two children.

Recently, I gave a talk on the psychology of risk and wilderness for TedX Mile High's Ascent, in April of 2022.

I'm currently, as of Spring 2022, working on two books for Stone Country press—​Zen of the Wild, and the Zen of Climbing.